The first comprehensive monographic catalogue of the Georgian performance collective Bouillon Group is now available at DISTANZ Verlag.
The catalogue was produced on the occasion of the group's first major institutional solo exhibition Bouillon by Bouillon in Germany at basis e.V. and in the context of the Frankfurt Book Fair 2018 with Georgia as Guest of Honour.

Rituals of Life in a Post-Soviet Reality

The performances and theatrical productions of Bouillon Group (est. Tbilisi, Georgia, 2008) revive regional traditions and set them in novel contexts in order to prompt reflections on the meaning of the artists’ Georgian roots in their historical and social dimensions. The performances of Ekaterina Ketsbaia (b. Sokhumi, Georgia; 1980), Konstantine Kitiashvili (b. Tbilisi, Georgia; 1985), Vladimer Lado Khartishvili (b. Ordjonikidze, Ukraine; 1985), Natalia Vatsadze (b. Tbilisi, Georgia; 1978), Teimuraz Kartlelishvili (b. Tbilisi, Georgia; 1982) and Zurab Kikvadze (b. Tbilisi, Georgia; 1985) are designed to breach the barrier between art and life. Focusing on a probing exploration of the interrelations between tradition and fresh start, between roots and wrenching change, the collective weaves memorable narratives in which the body serves as an instrument of critical analysis and creative engagement with the post-Soviet present. Bouillon Group’s productions are typically set in public spaces.
The publication revisits Bouillon Group’s first solo exhibition during the 2018 Frankfurt Book Fair, where Georgia was the guest of honor. With essays by Christin Müller, Lail Pertenava, and Joanna Warsza. Bouillon by Bouillon is the collective’s first monograph and offers an overview of its work from its inception. 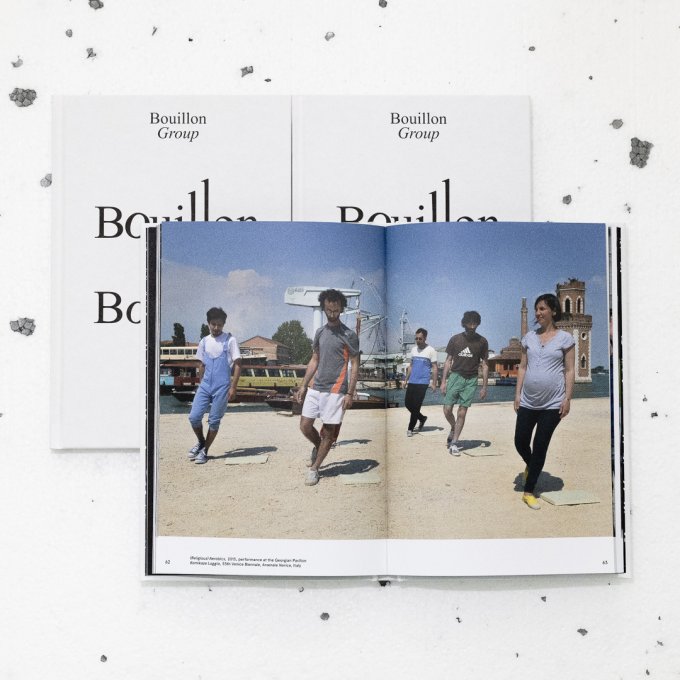 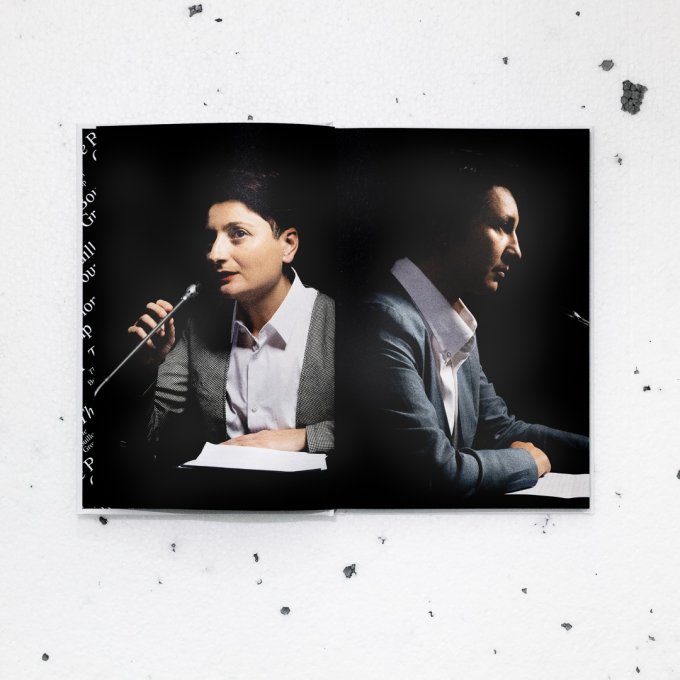 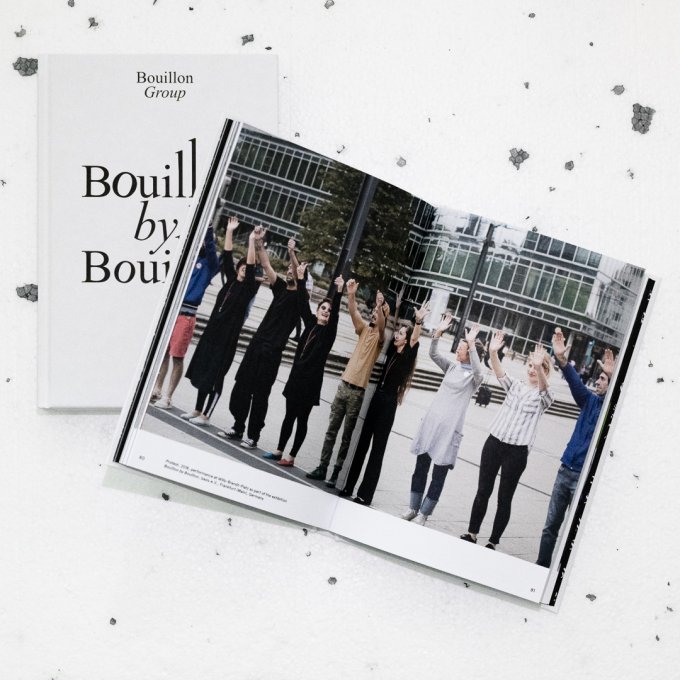 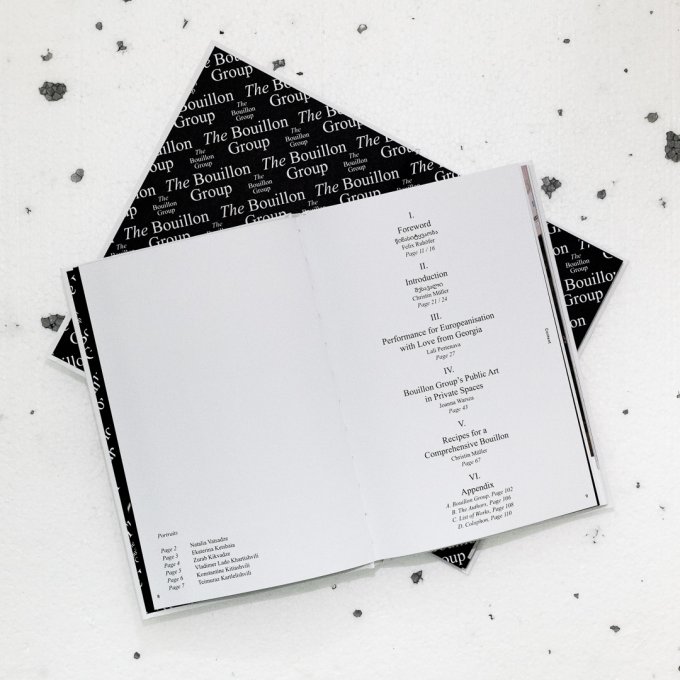 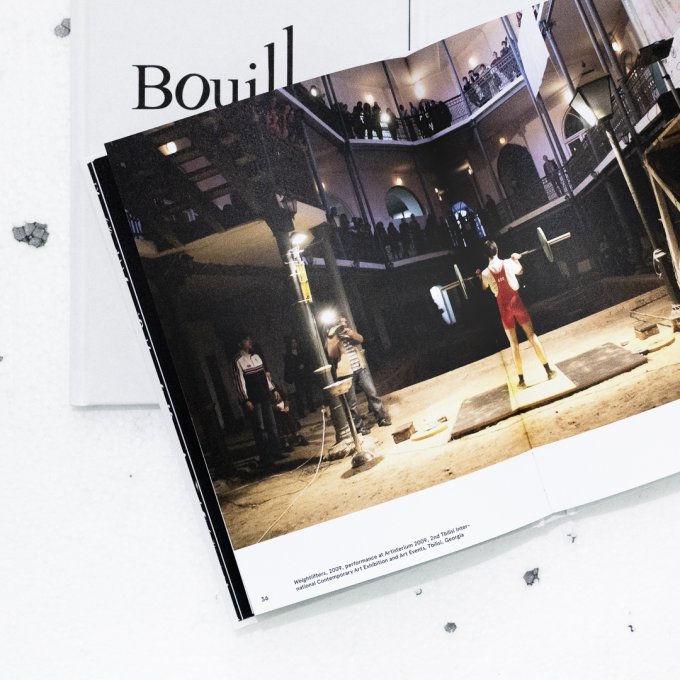